This is a strange one for me. To be honest I wasn’t planning on posting anything lately what with work, Christmas and wedding planning but I this is on my mind a lot since the announcement and so I need a place to share these thoughts. Youtube channels or dramas I don’t focus on. Usually on my blog I talk about games I’m playing or I do reviews. I don’t tend to do news related posts but this one is important to me as in a way it helped define who I am and this blog.

The Super Best Friends, aka The Zaibatsu, aka Matt, Pat, Woolie and the previous member Liam have closed the door on their channel. Each member still has Twitch streams and their own Youtube channels but they’re no longer releasing videos on their channel as of today/yesterday. And that is a great tragedy. Their channel was the defining gaming channel for me. I usually watched 1 upload of theirs a day and have done so for 7 1/2 to 8 years. That’s essentially a quarter of my life I’ve been following these scrublords. I watch a lot of LP’s and I’ve visited many channels over the years but I’ve never found a channel that gels with me as well as the Super Best Friends Play.

Funny, informative and genuine is how I’d best describe their channel. A lot of channels, I find, fake a lot of their reactions or try too hard. They scream and believe comedy lies in over reactions on camera. The Zaibatsu, when they get hype over a game, it’s for real. If they hate a game they’re playing, you can feel that from them. Sure it means if they’re doing a LP of the game and half way through they start to despise it that you have the latter half of the LP still to go. But they then replace their hype or enjoyment with random tangents and generally just goofball-ishness. And when they love a game, you can feel it oozing out of the screen. These are people who love to play games and their channel is 2nd to that. When you load a video of theirs or a video ends they don’t start spouting ‘Hey guys, we’re back! Show your love for this channel by SMASHING that like button, hitting that little bell and follow us on Twitter at…..’, they barely acknowledge the viewer is there. It honestly feels like they pick a game they want to play and just ask each other round to watch and chill. It’s a relaxed style that I wish I could find more of.

Another point I want to bring up is how much they care for their fanbase. I honestly recommend going to the subreddit: Here. The subscribers have gone through the 5 steps of grief and are now in the acceptance phase. Now they’re posting terrible photoshop’s, sharing memories and intertwining channel lore with present feelings. It’s a sight to see. I’ve never really been a part of a discontinuation of something I’ve loved before. Sure shows have ended that I wish hadn’t but nothing on this scale. I would go on that subreddit nearly every day. I would watch at least one of their episodes every day and I would listen to their podcasts almost every week. To be with that for nearly 8 years and for it to suddenly be up in the air and the future of what of something you love to be unknown, it’s not easy. I’m going on like this is a breakup or a divorce, I’m aware of that. Even as I type this up I’m aware of how ridiculous it sounds but there is a void now where something comforting once was. It’s not fully gone but the remnant’s aren’t as filling. The fanbase loves the Super Best Friends and for good reason. Here’s an example of what makes the SBF’s Super.

Years ago, when Liam was a part of the team, they would have mailbag episodes. If you’re unsure of what that is, they would open letters and parcels from fans. One particular parcel contained a purple Gameboy Colour. Woolie had previously told the story of how his purple Gameboy Colour was stolen from him in school. Obviously by that point the Gameboy Colour was a decade or 2 old but you could tell how touched Woolie was about that. After only a few episodes, they had to shutdown the mailbag segments and close the mailbox they had set up to receive mail as they were receiving too much and things of too high value. I believe they received 2 copies of the limited edition Gurren Lagaan boxset, an anime which they all loved. These box sets cost A LOT as far as I know. They clearly loved the box sets but you could tell they felt wrong accepting them. I don’t think they realised the overwhelming support they had.  Shortly after they cancelled the mailbag episodes and explained their reasons. That to me is a sign of great people. Some people would LOVE to get a bunch of stuff for free continuously. And the fans wanted them to have the gifts too. But, they chose to stop it, because they wanted the fans to keep their money.  It really made me respect them when they did that. I loved watching them receive stuff because they would receive lots of strange items that were inside jokes with the fanbase, like a big rubber fist that they got sent. But, their decision to put an end to it really punched home that these were great people who were doing the channel because they love playing games and sharing that experience with their viewers.

You may be wondering what this blog post hopes to achieve and the answer is nothing really. I’m sad they’ve disbanded but I’m glad they’ve done it. Rather than letting it drag on and for their channel to become a husk of what it was they chose to be upfront and not to meander about it. I do think it is the best decision, based on what they’re revealed. Why am I making a blog post about them though? Gaming wise, they’re important to me and I’m essentially using this as a diary entry. A lot of franchises or games I like, I acquired a taste for through osmosis with these guys. I owe them a lot and I can’t give them much except my appreciation and so I guess this is what this is. Just a post of me giving a brief overview of the SBF’s, why I’ll miss them and a place for me to capture these current thoughts.

As I’ve mentioned, they have solo projects that I’ll be able to watch and Woolie and Pat are starting a new podcast so I’ll eagerly wait and see what that is like. But for now, I invite you to check out their stuff. You may have watched them in the past and didn’t know about their shutdown or you may have never heard of them. Their channel is going to have no future uploads but they have hundreds, upon hundreds of video content on their channel. If you want a gaming channel with no frills, no shills and just friends having a laugh playing games, you can’t go wrong with them. Their channel is Here, if you don’t know where to start then maybe try one of the compilations. A fan favourite LP was of the game Omikron, a bad game by the channels ‘nemesis’ David Cage: Omikron.

I wish all the best to Matt, Pat, Woolie and Liam and I look forward to their own projects. Now that they have total control over what they do, I’m sure their own stuff will be full of laughs and hype. I’ll miss the banter but as long as they enjoy what they’re doing, I’ll keep watching. Thank you for reading my whinge. I know this probably looks weird to other people but I want a post of this memory. It’ll be nice to look back on in a few years. Now, I’m going to end with a bunch of random uploads from other users of the subreddit. During the first couple of hours I was sad at the news but I did get a good laugh out of some of these posts. The community is still going strong and they have signs of slowing down. For a more brief reason for why I loved their content, check out My November Free Time blog post. Ironic that last month I recommended them and this month they’re shutting down. Talk about timing. Nevertheless, thanks for reading and feel free to share your views on them or thoughts in the comments. 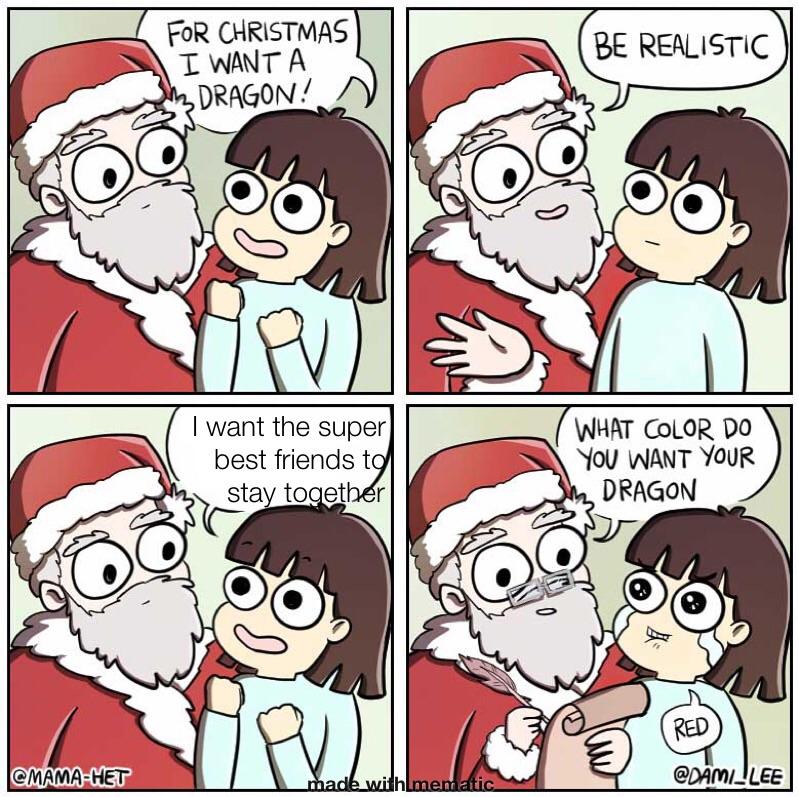 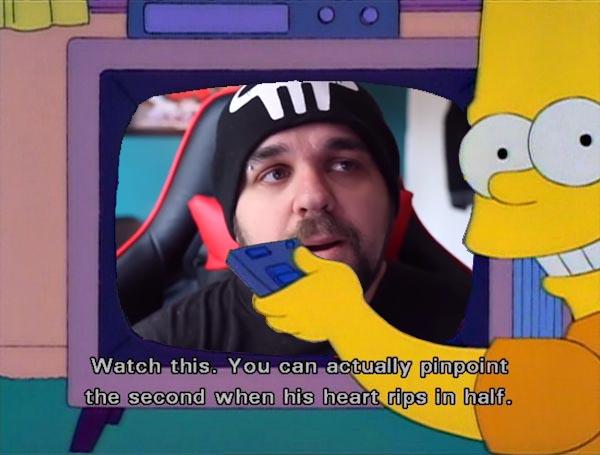 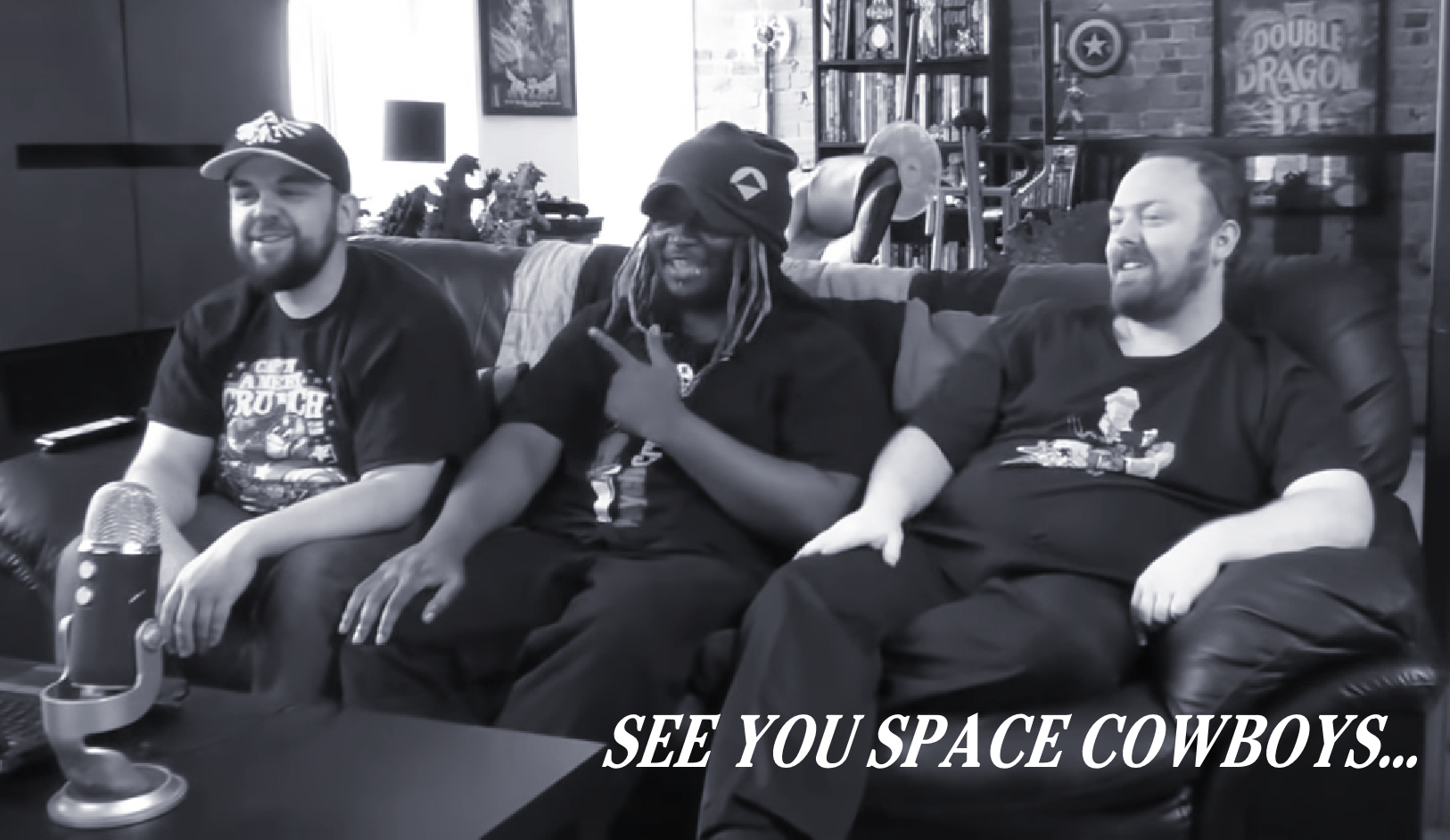