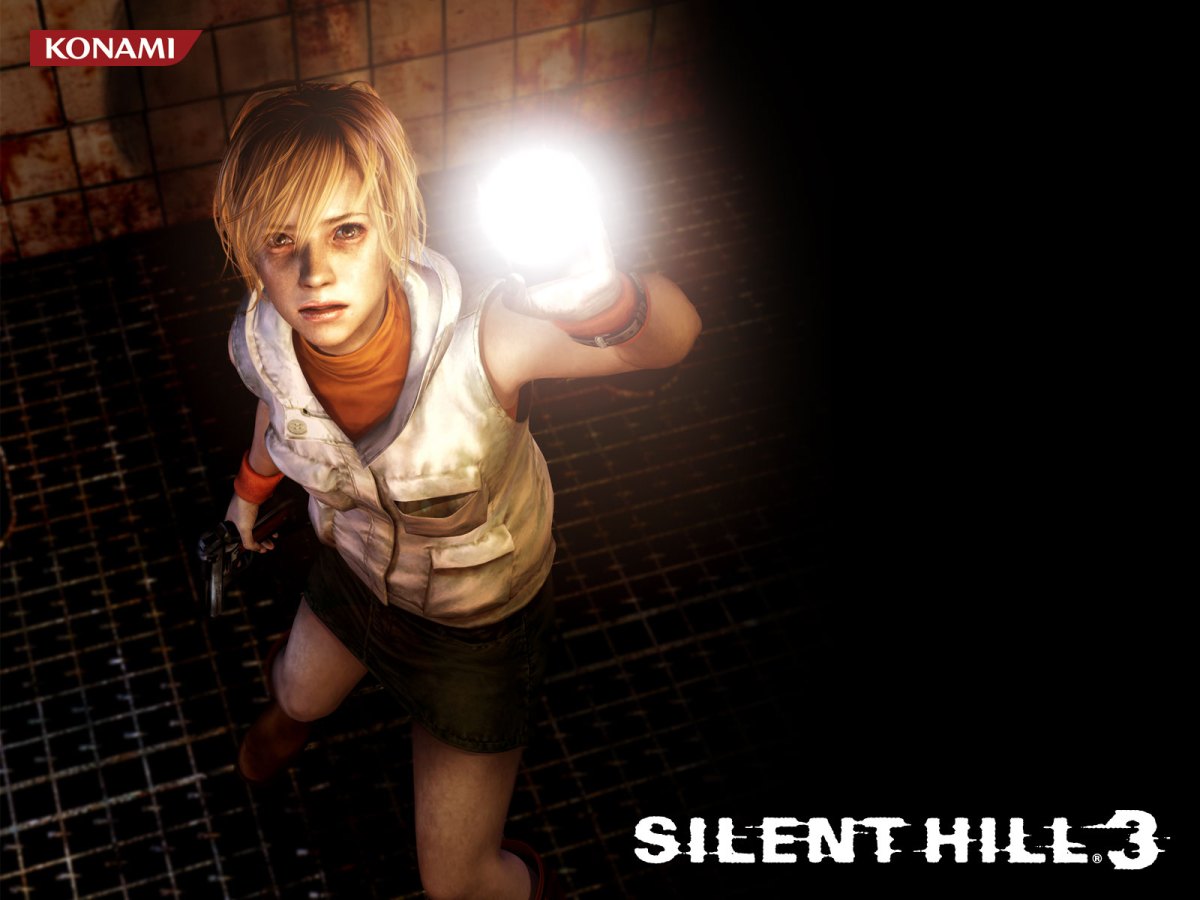 The Silent Hill series is known for its isolation and monstrous creatures. The series has been persistent with these themes, especially in the early games. One other big element ties the early releases together, and that is the endings. Yes, when you finish Silent Hill 1, 2 or 3 you are treated to one of several endings. Nothing peculiar about that, a lot of games have a good or bad ending. But Silent Hill has gone one step further and added UFO ending to the list.

In this ending, which I might add is a cartoon ending similar to a comic book slideshow, the protagonist Heather, returns home to be greeted by an odd scene. Her father (Silent Hill 1 protagonist), Harry is at a dinner table with an alien. The grey classic alien look. There is also a man hiding behind a curtain which is James Sunderland, Silent Hill 2’s protagonist. Heather explains to her father the strange events that have been happening to her. Her dad flips out and does a sick kick to a piece of wood that James was holding. 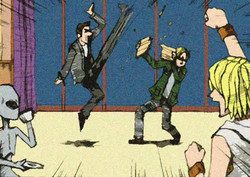 Harry proclaims, in a warbled voice, that he is sick of Silent Hill’s shenanigans and that he’s going to destroy Silent Hill. Cut to a bunch of Alien spaceships laser beaming Silent Hill into dust and then flying off into the night sky. The credits then roll and the happy Silent Hill song starts playing, lyrics included. The beginning of the songs is this:

Come on, kiddies! Gather around!
Now, tell me, everyone,
Aren’t you sick and tired of that ol’ UFO ending?
That’s right! Be honest!
Honesty helps you grow big and strong!
Okay, you fine youngsters, let’s sing the Silent Hill song!

And it continues from there, singing about the characters from Silent Hill 3. It’s a surreal ending to a bleak game but this is a grand tradition in Silent Hill games. The UFO ending is a fan favourite easter egg. Usually the ending has to be unlocked by performing certain actions in the games. For example, in Silent Hill 3, the player has to unlock a weapon called the Heather Beam. To do this, the player needs to kill 333 monsters in several playthrough’s of the game. Then when you start a new playthrough, you need to kill at least 30 monsters with the Heather Beam before entering Harry’s flat. If done correctly you will be treated to the absurd UFO ending. Here is the ending for your viewing pleasure: