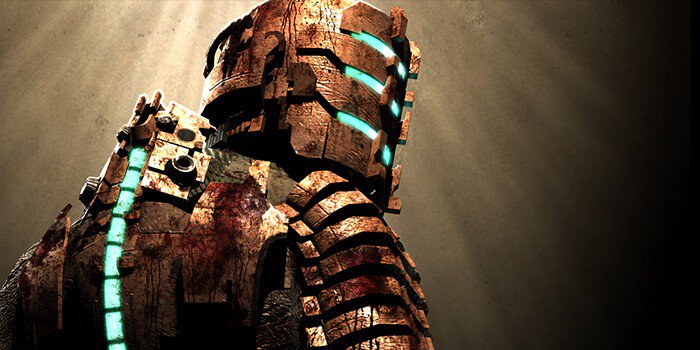 In Dead Space 1, our hero, Isaac Clark boards the Ishimura planet cracker spaceship in search of his wife. She was aboard the ship when a distress signal was sent out and Isaac saddles up his engineering suit and heads to her rescue. Upon arriving on the ship, Isaac sees that all is not right, as grotesque amalgamations of bodies called Necromorphs attack him. Throughout the game, Isaac sees his dear beloved who seems to be leading Isaac to something rather than leaping into his arms.

As the player reaches the back end of the game, they are met with a startling revelation. Spoilers inbound: Nicole was dead the entire time. Not only that but Isaac knew of this and was in denial the entire game. At the start of the game Isaac is seen playing a recorded message from his partner. She is clearly under duress and scared, as this is when the distress signal is being broadcast. Once the video message is over, Isaac arrives at the Ishimura and enters. At the end of the game, we are treated to that same video except it doesn’t cut off where it did previously. The footage then shows the poor Nicole using a needle on herself. She then closes her eyes and dies. It’s a grim scene and one that many wouldn’t have seen coming. Sure Nicole seemed off during the game but the realisation that this entire time, we have been playing as a character in denial and who has been risking his life for a truth that doesn’t exist. Her actions may have alluded to some strange goings on but there was a massive give away the developers put into the game to give us a clue. Dead Space is split up into 12 chapters. Each with a title of its own. Seeing these titles 1 as you’re playing the game, you would be hard pressed to see the clue in plain site. But string the chapter titles together and the puzzle is complete.

Simply take the first letter of each title and Nicole’s fate is revealed. Nicole Is Dead.  I personally love attention to details like this or subtle hints that developers input into their games. They don’t need to do this. I imagine most people who played Dead Space never even knew of this detail. I didn’t until a year or so after completing the game. It plays in with the lore of the Dead Space universe too. In the game there is The Marker which is this alien doodad that reanimates the dead and tends to make people in its vicinity go a bit mad. Isaac has a wide variety of hallucinations during the Dead Space series due to The Marker. This manipulation of the brain theme plays into the Nicole revelation. It’s as if Isaac’s subconscious is trying to convince him of Nicole’s fate. In the end he accepts the truth but only after a gruelling journey through the Ishimura. Maybe that’s what it takes to accept the death of a loved one to space monsters. Stomping a few hundred into the ground doesn’t hurt either.